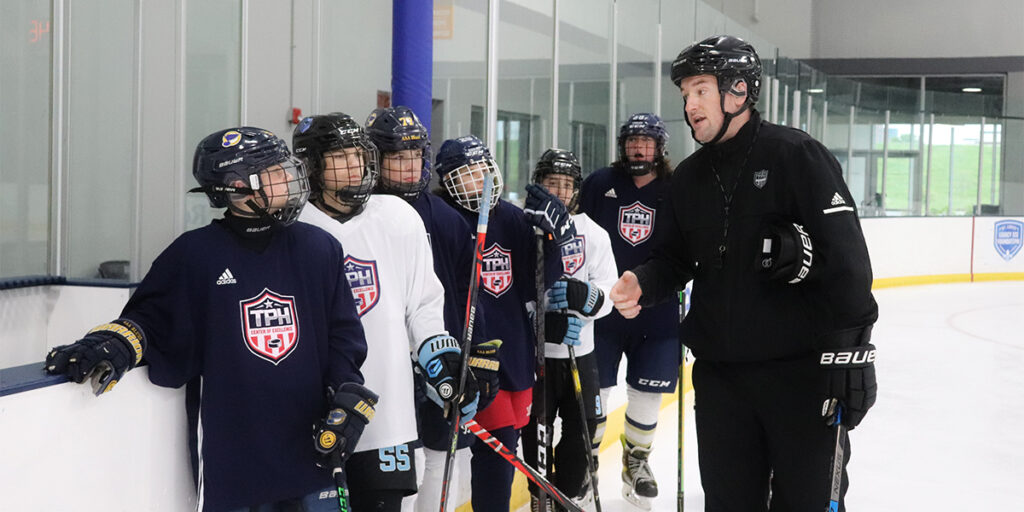 TPH St. Louis is proud to share that Coach Bobby Feaster has accepted a new position as the Director of Hockey Operations with the University of Minnesota Duluth’s (UMD) women’s hockey team. Bobby’s hockey pedigree and his level of professionalism will serve him well in his new role with the NCAA DI Bulldogs. The Pennsylvania native joins an extensive roster of TPH staff and coaches who have gone on to excel at the next level.

Bobby served TPH as a Player Development Coach for just under two years, where he played a critical role in establishing the culture at the St. Louis Center of Excellence (CoE). He’s spent his entire life around the game of hockey and grew up picking the brain of his father Jay, who served as General Manager of the Tampa Bay Lightning during their 2004 Stanley Cup run. Prior to joining the TPH faculty, Bobby held a variety of roles with high caliber organizations, including an internship with the Columbus Blue Jackets, a Student Manager position at the University of North Dakota, and Team Services Coordinator for the Manitoba Moose of the AHL.

“Coach Bobby was instrumental in getting TPH St. Louis off the ground in our inaugural school year,” said Philip McRae, Director & Head of Hockey at St. Louis CoE. Philip would go on to explain just how vital Bobby was to the success of CoE student-athletes both on the ice and in the classroom. “Thank you Bobby Feaster for all of your time, hard work, commitment, and dedication to TPH St. Louis, and specifically the Center of Excellence of school. You will be missed, but we wish nothing but success in your next chapter.”

While our organization will certainly miss Bobby, the TPH organization as a whole could not be more proud of Bobby for taking the next step in his career.

Founded in 2001, TPH seeks to become the world leader in positively impacting the lives of student-athletes through sport. TPH platforms include association management, elite prospects programs, tournaments and showcases, camps and clinics, and its hallmark Center of Excellence academy model, serving over 10,000 student-athletes annually throughout 15 U.S.-based divisions. TPH prides itself on taking a holistic approach, one that emphasizes the development of the individual in four ways: